What Country Is the Wall Street Journal Living In?


The headline of a Wall Street Journal editorial caught my eye: “Arizona’s School Choice Election.” Rubbing my eyes, I read it again. School choice is the defining issue in the Arizona governor’s race? According to the leading voice of highbrow conservatism, yes.

Writing as if nothing had changed in American politics since 2011, the editorial board assailed Katie Hobbs, the Democratic candidate for governor, as a tool of the teachers’ unions for her opposition to school choice. Noting that the race is neck and neck, the Journal advised that parents would be well advised to vote Republican if they hope to save their kids’ educational vouchers.

There you have it: The failure of the intellectual leaders of conservatism in one editorial. The once magisterial voice of the conservative worldview looked at the race for governor in Arizona and airily overlooked reality. School choice? Are they out of their minds? 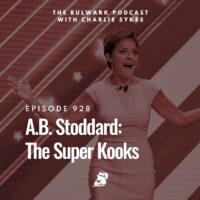 Now, I happen to agree with the Journal’s editorial board about school choice. I too believe that the teachers’ unions often stand athwart education reform that would benefit students because their priority is the best interests of union members, not the best interests of children. But it requires the skills of a contortionist to look at Arizona and declare that the November election is all about school choice.

Disturbing, extremist, and otherwise unfit candidates dot the national landscape in 2022 like monkeypox, from Doug Mastriano in Pennsylvania to J.D. Vance in Ohio to Don Bolduc in New Hampshire, but Arizona surely takes the highest honors for the sheer concentration of ranting incompetents who threaten the democratic process.

Kari Lake, the Republican candidate for governor, whom the Journal is endorsing, may be in favor of school choice, but that’s a little beside the point when you consider the larger picture. Kari Lake has declared that the 2020 election was “corrupt and stolen.” Regarding the current president of the United States, she has expressed pity, urging that “Deep down, I think we all know this illegitimate fool in the White House—I feel sorry for him—didn’t win. I hope Americans are smart enough to know that.” She has no patience for temporizers. “It is not enough to say you are for ‘Election Integrity’ if you are not for DECERTIFYING the 2020 election if wrongdoing, fraud or different results are revealed,” she tweeted last year. She then boasted that she was the only candidate for governor calling for decertification of the 2020 election.

In addition to the standard denial of the 2020 election, Lake has also adopted the smarmy tactics Trump has normalized in the GOP. When former congressman Matt Salmon, one of her primary opponents, demurred about putting cameras in every Arizona classroom, she accused him of coddling pedophiles and sneered that he was too weak to be governor.

There is no fiction she has not willingly endorsed. She told a group of young women that they shouldn’t take precautions about COVID because “the truth is that hydroxychloroquine works and other inexpensive treatments work.” Her campaign merch featured a t-shirt with the image of a burning mask. Naturally, she has denounced vaccine mandates.

She told Steve Bannon that her opponent would likely be in jail by election day, and advised another audience that as governor she would criminally prosecute journalists who “dupe the public.” During her primary race, she suggested that fraud was already underway. A week before the voting, she announced, “We’re already detecting some stealing going on.” And despite her victory, she carried a sledgehammer onstage on primary night and pantomimed smashing electronic voting machines. Her loyalty to the orange Jesus is total. After the FBI search of Mar-a-Lago, she declared that “Our government is rotten to the core.”

That’s the GOP nominee for governor of Arizona. What does the Wall Street Journal do with these awkward realities? The board interprets them as problems only insofar as they make it harder for her to win:

GOP gubernatorial nominee Kari Lake hasn’t helped herself or her party by insisting that the 2020 election was stolen. Her election fraud claims put off many Republicans and independents and are a loser in the general election. A winning and unifying issue for Republicans this November is school choice.

The important thing is for the election-denying cult member to win, so let’s find something that can distract disaffected Republicans and independents.

Despite all of the foregoing, it’s just possible that Lake is the most mainstream of the major Republican candidates in Arizona this year. The GOP nominee for Senate is Blake Masters, an election denier who spices up the usual fare with great replacement talk. “The Democrats dream of mass amnesty, because they want to import a new electorate” he says. He attributes America’s problems with gun violence to “Black people frankly.” (This is what passes for “brave” talk in white nationalist circles.) Masters muses about firing the whole federal workforce. Sounds a bit outlandish, but that’s mild compared to his other reveals. When asked for a “subversive” thinker he admires, he responded that “I’ll probably get in trouble for saying this. How about, like, Theodore Kaczynski?” Yes, Wall Street Journal editorial board, how about that? The GOP candidate for Senate thinks we should all consider the writings of the Unabomber. Let me guess: The Journal thinks the important thing is that he not say such things because it might impede his electability, right?

But wait, we’re not finished with Arizona’s contributions to national insanity. The Republican candidate for secretary of state in Arizona is not just an election-denying extremist enemy of democracy, but a card-carrying member of the Oath Keepers, the fine gentlemen who are currently being tried in federal court for seditious conspiracy. Like his brothers in arms, Mark Finchem was at the Capitol on January 6th, though he has not been charged. Asked whether he would certify the election in 2024 if Biden were to win Arizona and he were secretary of state, Finchem said he couldn’t imagine it.

If the law is followed, and legitimate votes have been counted, and Joe Biden ends up being the winner, I’m required under the law—if there’s no fraud—to certify the election. But I think you’re proposing something that, quite frankly, is a fantasy.

Finchem has appeared on QAnon-linked radio talk shows, and he spoke at a rally in January with Trump, Mike Lindell, and the whole clown car of kooks. He told the rallygoers what they had come to hear: “Ladies and gentlemen, we know it and they know it—Donald Trump won.” Finchem posted a “treason watch list” on his Pinterest account that listed Barack Obama, Janet Napolitano, and other Democrats. His website features a banner inviting readers to “Sign the petition to decertify and set aside AZ electors.” Soon he may be the secretary of state of Arizona.

Some are able to see what is at stake here. When Liz Cheney was asked whether she might campaign for Democrat Katie Hobbs, she said yes.

In this election, you have to vote for the person who actually believes in democracy. And that is just crucial, because if we elect election deniers, if we elect people who said that they’re not going to certify results or who are going to try to steal elections, then we really are putting the Republic at risk.

But they are pretending, or perhaps deluding themselves, that the Republican party remains, underneath it all, the party of Paul Ryan and Larry Hogan and Chris Sununu, and that the country will be better off if Republicans win elections, full stop.

Yet as Liz Cheney sees and is willing to say, that’s not this Republican party. This GOP is the party of Mastriano and Vance and yes, Kari Lake. This is a party that cannot be trusted with power; that openly proclaims its eagerness to overturn elections. Next to that, everything else, including school choice and regulation and taxes, pales to insignificance. The Wall Street Journal editorial board has continuing influence with reasonable center-right voters. They owe them better.


Read More: What Country Is the Wall Street Journal Living In?

Futures: Rally Strong; Why You Should Be Cautious

Is IDEXX Laboratories (NASDAQ:IDXX) Using Too Much Debt?

Intel to Invest at Least $20 Billion in New Chip Factories…