Could GameStop Reach $400 Again? Technically Yes And Here’s Why – Benzinga


GameStop Corporation GME gapped down slightly on Thursday before experiencing volatility, which caused the stock to fluctuate over 7% during the first hour of trading.

Since then, GameStop has consolidated lower and the sharp rise paired with the recent downturn has settled the stock into a bull flag pattern on the daily chart.

The bull flag pattern is created with a sharp rise higher forming the pole, which is then followed by a consolidation pattern that brings the stock lower between a channel with parallel lines.

A bull flag is negated when a stock closes a trading day below the lower trendline of the flag pattern or if the flag falls more than 50% down the length of the pole.

Want direct analysis? Find me in the BZ Pro lounge! Click here for a free trial.

It should be noted GameStop can be a highly volatile stock and has fundamentals that many believe don’t support even the current share price. For technical traders, however, the chart overrides fundamental analysis.

GameStop has a gap above between $287.50 and $296.70. Gaps on charts fill about 90% of the time, which makes it the most likely scenario that the stock will trade up into that range in the future.

The move lower on Thursday was made on lower-than-average volume, which indicates consolidation rather than fearful investors selling. If GameStop continues to consolidate within the flag pattern on Friday, traders and investors will want to see continued decreasing volume. 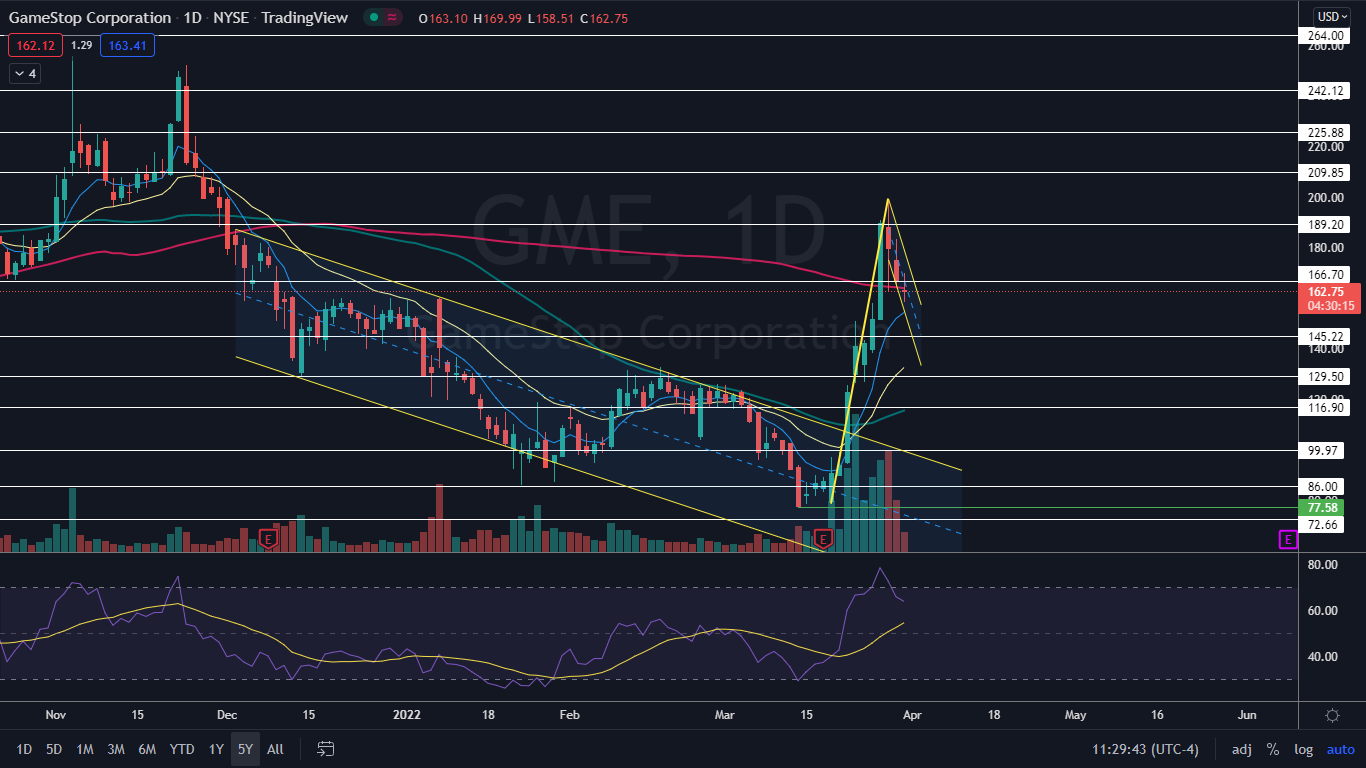 Stocks making the biggest moves in the premarket: Ford, Change Healthcare, Cognex and

This iconic bar of soap, with two weird claims to fame, has stuck around for nearly 150

Financial Outlook For The Week Of September 26-30

With volatility and recession talk everywhere, what are…

Russian oligarchs in London to be hit with tough sanctions,…