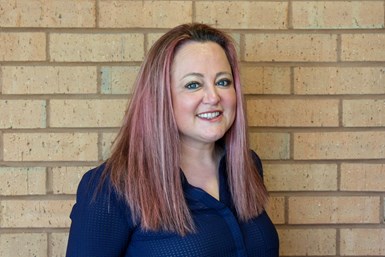 Gemma Smith, Fluency Marketing (Chesterfield, U.K.) managing director, is the latest member to be welcomed onto the committee at the Society for the Advancement of Material and Process Engineering. Gemma has long supported the institute alongside 125 of her fellow members across the U.K. and Ireland, joining more than 1,000 members across Europe committed to the recognition of advanced materials and its associated practices.

Pioneering in her aptitude for marketing partnerships within the engineering industry, Smith makes up one of five female committee members and is said to be paving the way for female recognition and leading bodies for the advanced materials sector.

“I am honored to have been accepted onto the SAMPE UK & Ireland committee as its latest member,” Smith says. “I see huge value in membership and engagement with SAMPE on a global level and look forward to helping this Chapter expand its reach and diversity through my own personal experience and network.”

Bringing her wealth of expertise in marketing for high-performance composite materials, the SAMPE committee will benefit from Smith’s extensive knowledge and network connections that she has curated for more than four years.

“With her invaluable experience in advanced materials, Gemma’s addition to the committee will expand our growing community of talented individuals, supporting local and international composite businesses for a more sustainable tomorrow,” adds Tim Wybrow, chairman of the board. 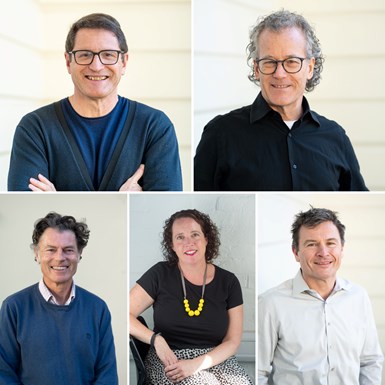 STRUCTeam (Cowes, U.K.), an independent composite engineering consultancy, announces the addition of five new shareholders who bring added expertise and commitment to support the company as it continues to develop new business areas and drive growth.

Gerry Northwood OBE, Jean-Luc Guillaume, Dr. Roman Hillermeier, Dr. Joseph Laux and Jo Chipperfield offer extensive experience in the wind, automotive and transportation sectors as well as strength in materials development and organizational change. All these areas will be central to the business moving ahead with its development plans and delivering profitable growth. Along with the management team, they will help ensure STRUCTeam operates efficiently and realizes its full potential.

The new shareholders will also support the company’s long-term objectives within the renewables, automotive and marine sectors. These target improved sustainability in wind blade design and manufacture, the use of multimaterials in electric vehicle (EV) battery enclosures and the specification of composites in marine structures to increase energy efficient production and reduce CO2 emissions.

“We remain committed to meeting and surpassing our clients’ expectations through agile and cost-effective service offerings,” Julien Sellier, founder and managing director of STRUCTeam, says. “Our new shareholders are already significant contributors to the business and bring valuable insight, commitment and professionalism. This is an important milestone for the company as we seek to maintain our growth trajectory into 2022.”

A PhD in polymer chemistry, Jean-Luc has had a career in coatings and composite materials that spans four decades in companies such as Dow Chemical (Midland, Mich., U.S.) and Olin (Clayton, Mo., U.S.), mostly focused on epoxy chemistries. He now brings this wealth of experience and knowledge to bear on STL’s strategic development of new composite material technologies and innovative thinking about renewables planning and R&D.

Roman has more than 20 years of composites experience in technology and business development roles. He is expanding STRUCTeam’s service offering within the automotive and transportation sectors through the delivery of engineering, management and supply chain services.

Joseph has held positions in the world’s leading transportation and material companies. He supports the company’s automotive business and applies 30 years of in-depth knowledge and expertise.

Gerry advises the team on operational and HR matters. He is a former Royal Navy officer who, since leaving the service in 2012, has become an experienced chief operating officer (COO) and consultant in small- to medium-size businesses.

Jo is responsible for the day-to-day operations of the U.K. office where she applies her organizational skills. Due to her strong background in the composite materials sector, she also plays a significant role in STRUCTeam’s service delivery. 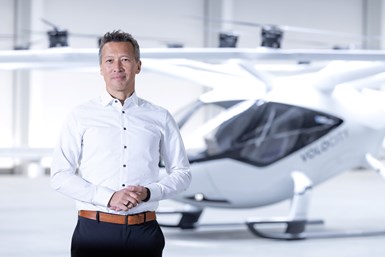 On March 8, Dirk Hoke, former CEO of Airbus Defence & Space (Taufkirchen, Germany), was announced as chief executive officer (CEO) and managing director of Volocopter (Bruschal, Germany) by the company’s Advisory Board, starting September 2022. He will follow Florian Reuter, who has led Volocopter from a five-person startup to a 500-strong global company with unicorn status over the past seven years.

Hoke brings extensive experience in leading big-tech entities within Airbus and Siemens from a technical, strategic and commercial side. His strong track record in transformation and digitalization is said to make him the candidate of choice.

“Bringing electric air taxis to market in the next years is a dream come true not only for me but for many,” says Dirk Hoke, future CEO of Volocopter. “My experience from Airbus and Siemens will help us monetize on the leading market position Volocopter has achieved under Florian’s leadership. Volocopter’s product lineup, its certification progress, team spirit and ecosystem approach put us in a unique, competitive position.”

Reuter will leave Volocopter upon his own wishes after a successful handover period to Hoke has been completed in September 2022. “I have known Dirk for a number of years and am convinced that his experience and leadership style are a perfect match for the strategy and culture at Volocopter, which is why I put his name forward to the Board,” notes Reuter. “It has been a privilege and honor to serve as Volocopter CEO to a world-class team from across the globe. It is thanks to every single one of them that Volocopter continues to lead air taxi development. I’m proud of the team and wish Dirk all the best.” 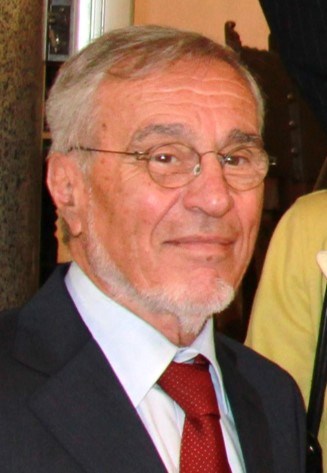 It is with deep regret that Cannon Group (Milan, Italy) announced the passing of Eng. Carlo Fiorentini on March 3, 2022 at the age of 91.

Carlo Fiorentini was born in Bologna, Italy, in 1930 and graduated with a degree in industrial engineering chemistry. After gaining professional experience at Rhodiatoce and Grace, he was appointed by engineer Leonardo Volpato in 1963 to direct the newly founded Cannon Afros company located in Caronno Pertusella.

Fiorentini focused his knowledge of polymer chemistry on the burgeoning polyurethane industry. He soon identified new methods for mixing formulations that the chemical industry was increasingly developing for diverse industrial applications such as domestic refrigerators.

In 1979, after patenting a mixing head for compact and glass fiber-reinforced polyurethanes, Fiorentini designed the FPL — a mixing head suitable for pouring in open mold with laminar flow, thus eliminating foam spraying and paving the way for the automation of that process. This device, according to the company, was followed by dozens of other patents, including the development of CarDioT, the technology for expanding continuously cast flexible foams using liquid carbon dioxide instead of environmentally harmful blowing agents.

For introducing so many innovative solutions to the worldwide polyurethanes industry, Fiorentini — after receiving the gold medal of the FSK (the German association of foam manufacturers) — was inducted into the “Hall of Fame of Polyurethanes” by the American API (Alliance for Polyurethanes Industry) in 2000, along with other pioneers of this sector.

Fiorentini’s contribution was not only about technology and continuous innovation, but he was also strongly committed to the company’s commercial development. He is said to have generated new opportunities abroad, setting up the first agency in Denmark in 1969, continuing to strengthen the business with its first manufacturing site in the U.S. in 1977, and the first branch of a European company operating in polyurethanes sector in Japan in 1982.

President of the Cannon Group for several decades, his innovative spirit and constant search for new solutions have inspired the group’s R&D activities, which they say will continue with the same passion and determination. 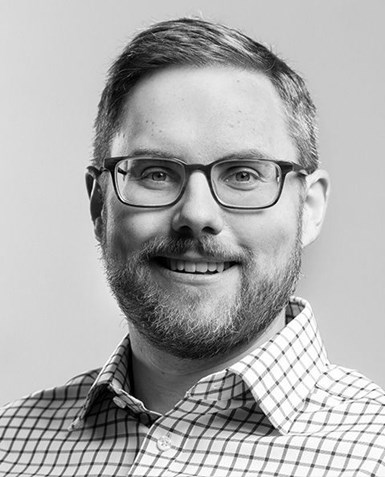 Boom Supersonic (Denver, Colo., U.S.) has announced that Stephen Weiland has joined as the company’s chief financial officer (CFO) and Rich Harris as its first chief legal officer. The two executive appointments are part of Boom’s continuing growth, strengthening the company’s management team as it focuses on commercializing Overture, its flagship supersonic aircraft.

“Boom is developing airplanes that will transform the future of travel, and I am excited to help bring that future to life,” Weiland says. “I look forward to working with Boom’s team to build a financial organization that supports all Boom stakeholders — including investors, employees, customers and suppliers — as we prepare for the next phase of the company’s growth.” 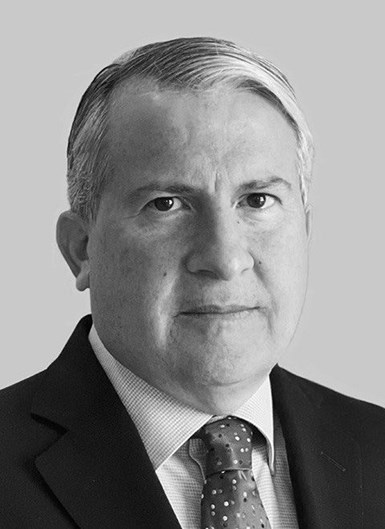 Employment creation potential of industries without smokestacks (IWOSS): A Nigeria…

Analysis | The US and UK Should Be Welcoming Talent, Not Driving It Away

Support for marine and fishing businesses

Which sectors can provide dividends in this environment? | Money Management