Moneycontrol Pro Weekender | Why did equity markets rally this week? 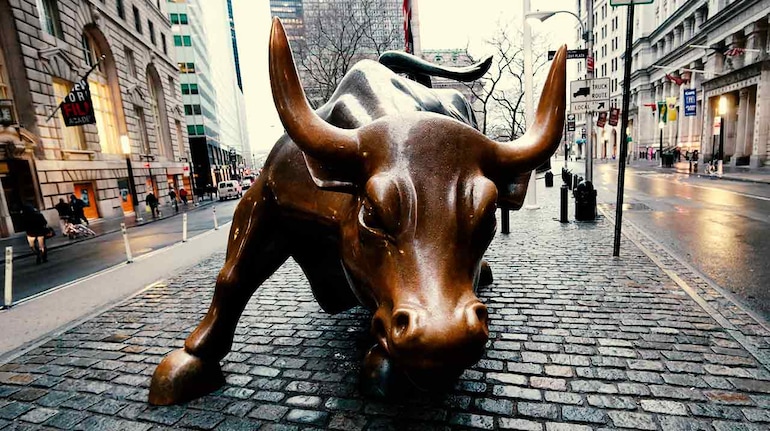 Why did the equity markets rally this week despite the US Fed raising its policy rate and signalling six more hikes this year? The answer lies in what Fed chair Jerome Powell said at his press conference: “We do feel the economy is very strong and well positioned to withstand tighter monetary policy.” He was talking of the US economy, but that didn’t prevent other markets too rallying in misplaced sympathy.

True, the FOMC meeting revised downwards its median GDP growth projection for the current year from 4 percent to 2.8 percent, but then Powell said his estimate of US potential growth is 1.75 percent, which means that even at 2.8 percent growth, the US economy would be running red hot. Hence, the hawkishness. As for the impact on markets, Powell was spot on when he said, “The moves are already priced into the market for a few months now.” We wrote on the impact of the Fed moves here.

The big risk is whether the Fed has got it wrong and is tightening during a slowdown. Indeed, this month’s Bank of America survey of global fund managers found that growth expectations among them are the lowest since the Global Financial Crisis. This FT story (free to read for MC Pro subscribers) says a US recession is on the table. After all, if the Fed could be wrong about inflation, it could be wrong about growth, too.

In India, this month’s State of the Economy Report in the Reserve Bank of India’s Bulletin said, “Consumer and business confidence are rising alongside improvement in demand conditions. On the supply side, a resilient farm sector and a sustained retrieval in both industrial and services sectors are broadening the recovery.” It did add, though, that, “Unfolding global developments nevertheless pose downside risks in terms of spillovers.” The RBI is on the horns of a dilemma whether to support growth or tackle inflation.

The Bank of England, which raised its policy rate by another 25 basis points this week, did some plainspeak. It said, “Global inflationary pressures will strengthen considerably further over coming months, while growth in economies that are net energy importers, including the United Kingdom, is likely to slow.” Note that India too is a net energy importer and the effect of high oil prices was already seen in February’s trade deficit. As our

Economic Recovery Tracker shows, consumer sentiment indicators are flashing red, with inflation taking a toll on consumption. In fact, it is government spending of infrastructure that is propping up industry, as the Index of Industrial Production shows.

The second reason for the rise in equity prices this week was the signal from the Chinese Vice-Premier Liu He that the government would take steps to boost growth, talk to the US authorities to ensure Chinese companies are not delisted in US markets, end the persecution of the tech companies and “actively release policies favourable to markets”. This is not the first time the Communist Party of China is bailing out the stock markets and it will not be the last. But will President Xi backtrack from his ‘common prosperity’ policies?

The Chinese leadership is also mindful of the cost of its People’s War strategy on COVID, a cost that spills over to other countries via disruptions in supply chains, which is why it has eased restrictions for Shenzhen factories.

The third reason for the rise in the markets is the hope that the war will soon end, fuelled by reports that talks between Russia and Ukraine have made some progress. But here’s what Putin said at a televised videoconference with Kremlin officials: “The Russian people will be able to distinguish true patriots from scum and traitors and simply spit them out like a midge that accidentally flew into their mouths — spit them on the pavement.” That doesn’t sound like he wants a deal.

For India, the falling back in the price of crude oil, on hopes of a lifting of the embargo on Iran, is a big positive. There is also talk of reviving the rupee-rouble trade, but that’s easier said than done. Commodity prices have been swinging wildly, and spiralling margin calls, especially in nickel, could lead to systemic risk spreading to other asset classes.

The biggest risk, of course, is that the Russian conflict will lead to a fundamental reset — as Martin Wolf says, a new world is being born.

How should investors play this market? There’s the infrastructure boom, where KNR Constructions could benefit. The real estate sector has been structurally transformed. The case for capex in the office property sector is getting stronger. Higher iron ore prices will favour NMDC. HG Infra and Engineering could see a re-rating. The commodity crunch reinforces NTPC’s position while customers are deferring coal imports.

We had our usual columns : The Eastern Window on what the Chinese premier’s stepping down means for India; Start-up Street on it’s being high time to enforce governance measures at startups; Crypto Conversations on Decentralized Autonomous Organisations (DAOs); Decoding PLI on telecom and networking products; Personal Finance on the EPFO’s decision to lower rates; and Crypto Learn on the jargon used by the crypto community. This week, we started technical analysis on forex trades — MC Pro now offers technical analysis across the board, on equity, commodity and forex markets.

Do Indian investors follow the crowd instead of doing our own research? Are we part of the herd? This piece of RBI research titled, ‘Herding Behaviour: Does it exist in the Indian Stock Market?’ examines that question. Its conclusion: “Overall, investors in the Indian Stock Market do not exhibit herding behaviour, except for some evidence of herding activity in respect of mid-cap stocks.” Thank goodness.
Cheers,Manas Chakravarty

On The Money — Democrats search for plan on inflation

HRT: inside the complex global supply chain behind a $20bn market

Bitcoin Prices Are Plunging to Yearly Lows. Where Cryptos Go from Here.

Prices of Qiuyue pear continue to fall, and the latter market is not optimistic

This iconic bar of soap, with two weird claims to fame, has stuck around for nearly 150

Financial Outlook For The Week Of September 26-30

Personal finance: What Betty White and other celebrities did…