The National Party’s promise to scrap all the new taxes introduced by Labour since coming into power has been met with both praise and scepticism. 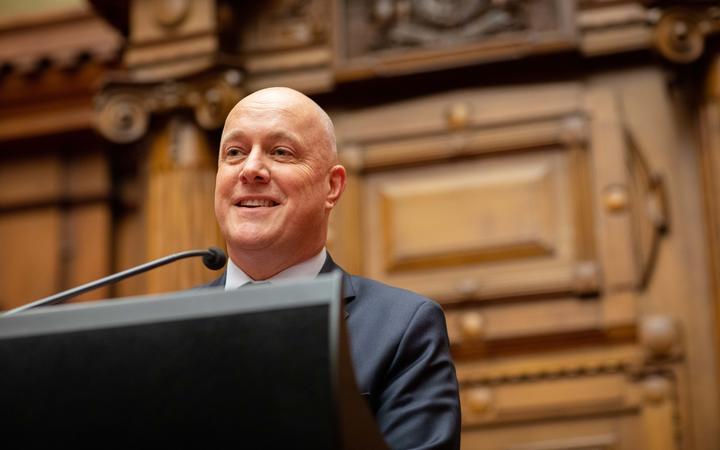 Party leader Christopher Luxon zeroed in on the cost of living in his State of the Nation speech at the weekend, promising to raise income tax thresholds.

“Hearing that attitude coming back into politics that politicians do trust businesses is a really important message for a lot of people who have been doing it pretty hard,” Hope said.

“In terms of practical application of the bracket changes I think those are really, really important for working New Zealanders.”

Minister of Finance Grant Robertson said the tax cuts would just lead to important services being cut and drive inflation.

However, Infometrics Principal Economist Brad Olsen said any suggestion the policies would lead to a slashing of services was not strictly true.

“It is always challenging to balance the Budget, but the government has also given itself a rather large pot of money going forward that is essentially being repurposed under this policy,” he said.

He argued it also would not increase inflation because the money will still be spent – by individuals rather than by the government.

However, he noted lower income earners will get the least benefit .

“They might well need additional targeted support be that tax credits, benefit increases or similar. We know everyone is feeling stressed at the moment and there are more steps that need to be taken,” he said.

Among the taxes on the chopping block was the Auckland Regional Fuel Tax.

Much of the revenue gathered funded the eastern busway, which Luxon’s electorate directly benefited from, Goff said.

“If we lose the hundreds of millions of dollars from the regional fuel tax going there we will either need to stop the project going ahead, or we will need to put a 20 percent rate increase in,” he said.

What National was proposing would hit poorer Aucklanders – who relied on public transport – hardest, he said.

CPI inflation, Rivian earnings: What to watch this week

‘They Can Totally Undo Him’: A Freedom Caucus Founder Dishes on Kevin…

Emmanuel Macron walks the French Quarter, gets down to business in New Orleans visit

What Obama Is Telling Young Leaders Behind Closed Doors