For generations, every Arizona schoolchild learned that the state’s economy is based on the five Cs: cattle, cotton, copper, climate and citrus.

While they worked well for the Grand Canyon State in its first hundred years, the 21st century requires coders and engineers for Arizona to stay competitive and resilient through the type of shocks the past 20 years have dealt.

Gov. Doug Ducey and the state Legislature have funded a plan for the state’s three universities to develop a coordinated response to attract high-tech industry, drive job creation and make Arizona families prosperous.

It’s called the New Economy Initiative. Its goals are to create 40,000 new high-wage jobs by 2041, increase economic output to $6.9 billion by 2032 and double the return on the state’s investment by the same year.

The endgame is to pivot Arizona’s economy away from housing growth and tourism to something that is resilient to economic downturns, pandemics and whatever else the 21st century has in store.

“And the state universities should play a central role in this,” she said.

Each university has been given distinct roles to play. Each role aligns to their traditional strengths. Northern Arizona University will expand its capacity to address health care worker shortages in nursing, allied health and mental health education programs. The University of Arizona is launching its “One Health” initiative that leverages the university’s medical, veterinary, engineering and cooperative extension programs to address community and health care needs across the state.

And at ASU, engineering will play a very big role, but it’s just one part of the university’s efforts.

Knowledge Enterprise is coordinating ASU’s response to the New Economy Initiative. Beyond engineering, the university’s Academic, Learning and Knowledge enterprises will be involved.

Budgeting and tracking dollars, and communicating to the state what the university is doing and the impact it is having, are also important parts of ASU’s effort.

The state Legislature is providing $39.2 million in ongoing funding and $22.1 million in one-time funding to ASU for the initiative.

The university is doing three things

1. Growing the Ira A. Fulton Schools of Engineering.

The Fulton Schools have hired 16 more faculty than usual on top of new hires.

In addition to hiring new faculty, ASU has been buying equipment, placing it and renovating space for it. The newest acquisition is an atomic layer depositing tool, which allows engineers to deposit materials on a computer chip in a layer as thin as one-millionth of a human hair. It has to be in a clean room

This means training students in skills that are needed in a modern workforce and upskilling existing workers, as well as providing the means for people to move into the new economy.

For example: “Someone in the workforce who thinks, boy, if I could get into microelectronics, I could really support my family better,” Morton said.

They will be physical centers with faculty and students, but also magnets for industry to come and present the most current problem they need solved.

“We solve that with our students, faculty as well as the industry partner,” Morton said. “And then together, we push the results out. … So it kind of focuses the work, if you will.”

The Advanced Manufacturing Science and Technology Center focuses on the development of new technologies aimed at transforming manufacturing through 3D printing, robotics and automation, and new materials, with strong links to private industry support in aerospace, defense and space systems.

The Energy and Materials Science and Technology Center is a national research resource for advancing new energy materials and device technologies to market, growing industry engagement and workforce training. 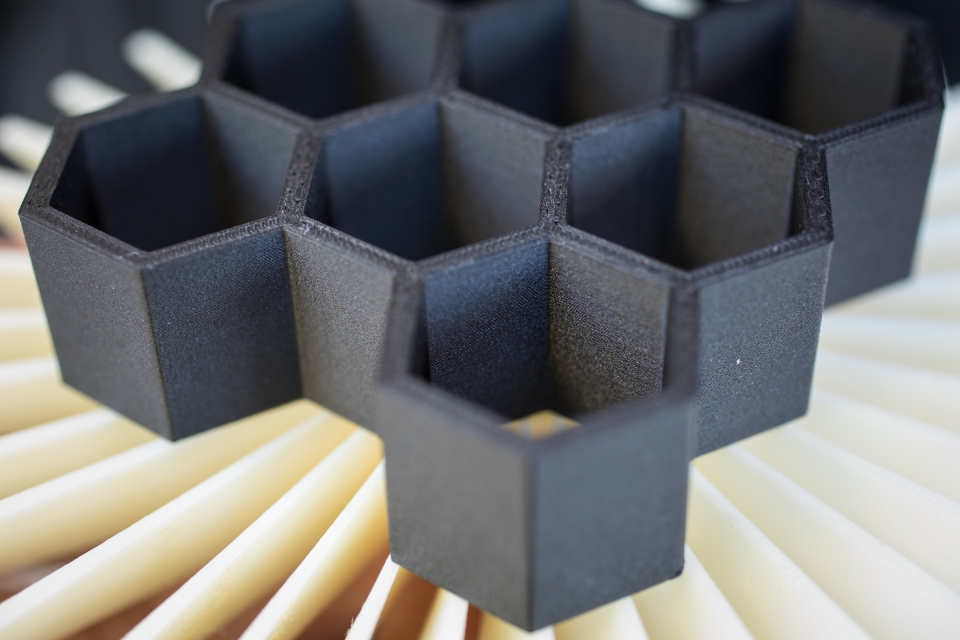 The other three science and technology centers will launch in 2022–23:

• Extreme Environments will focus on management and technology opportunities associated with growing population centers, and research to engineer resiliency into the energy, water, materials and transportation systems in the built environment of future cities and regions.

• Future Communications will develop physical information systems as the “internet of things” continues, and as users increasingly desire greater access, information and reliability in communications.

• Human Performance will leverage regional, strength and technology opportunities to enhance physical and cognitive performance, medical prevention and intervention, and drive research from discovery to marketplace.

“I think of those science and technology centers as sort of the intellectual structure of the NEI,” Morton said. “The five areas were really based on both the strengths of Fulton Schools of Engineering and also a sense of where technology is going.”

Anecdotally, interest is high, according to the reactions Morton gets when she speaks to groups about the New Economy Initiative.

“Industry is really excited,” she said. “I go out and give these talks, and whether they’re virtual or in person I get business cards. People come up to me and say, ‘That sounds really cool. You know, I’ve got a company in X; how do I get connected to (a science and technology center)?’”

“They’re bringing thousands of jobs to the Valley and an entire supplier network here,” O’Sullivan said. “The first thing they did was hire 200-plus engineering student graduates from ASU. And now we’re engaging with them on defining and scoping R&D projects, what the facilities are going to look like. They’re asking us for our curriculum and semiconductor training.”

ASU has partnerships and relationships with almost every tech giant in the state: Honeywell, Raytheon, Intel and dozens of others. Sometimes their engineers come to the university for help solving specific problems, like reprogramming a robot. Sometimes they’ll request more grads with specific skills, like 3D printing.

It has all been a dry run for the New Economy Initiative.

“We’ve been really laying the groundwork for many years ahead of time in aligning partners, getting the local community ready,” O’Sullivan said.

“From my perspective in the university, we’ve been cultivating partnerships like growing our engagements with Intel, SRP, APS, Mayo Clinic, Dignity Health … ” she continued. “Now we have this organizing framework around the New Economy Initiative and our science and technology centers. This is a great way for our industry partners to connect on these really important themes for the new economy.”

ASU has secured close to $10 million in grants from the Department of Labor for workforce development. They are focused around IT skills, cybersecurity and advanced manufacturing. The university is creating apprenticeship programs and new models for how people are getting trained in the workforce — either new talent coming in or existing employees who need to be re-skilled.

“We are working with the state workforce office, municipal workforce offices, the city of Phoenix and our community college partners to create this entire pipeline of the talent that’s needed to feed the future,” O’Sullivan said.

Mayo Clinic and ASU have more than 165 jointly appointed members — those who work at Mayo Clinic and guest lecture or teach part-time at the university. 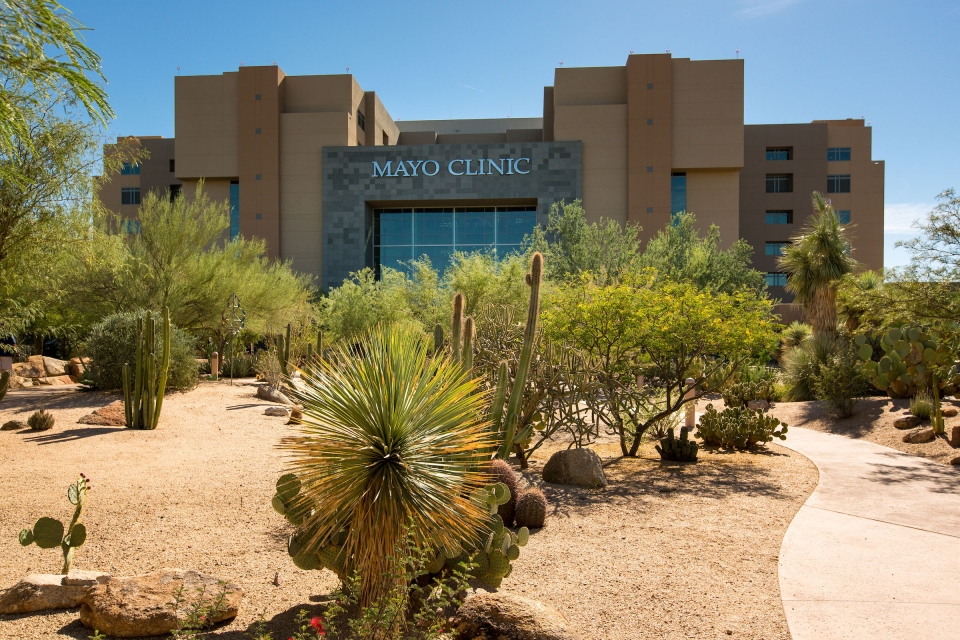 One of ASU’s local collaborations is with Mayo Clinic, which has Arizona locations in north Phoenix and Scottsdale.

“Now we really want to replicate that model with industry,” O’Sullivan said. “It’s a model that has a proven track record.”

Valley cities are starting to sit up and take notice that ASU makes things they want. The university is in talks with the cities of Peoria and Phoenix on how to design an innovation technology cluster in the northwest Valley.

“I think they’ve seen the success that ASU is able to bring to revitalize a region, for example, like in downtown Phoenix,” O’Sullivan said. “We are now being — maybe courted is too strong of a word — asked by cities to come and develop innovation zones or regional hubs in partnership with them.”

Meredyth Hendricks is head of upskilling within ASU’s Learning Enterprise, the university unit responsible for reimagining how to serve learners across their lifespan. Hendricks leads a team that collaborates with experts across the university to build and scale job-relevant education programs that serve two key purposes: giving learners the skills they need to succeed at every career stage, and providing employers with a more skilled workforce.

“Within the New Economy Initiative, we’re focused on catalyzing Arizona’s workforce to position learners and companies for success in Arizona’s new economy,” Hendricks said. “Our goal is to leverage ASU’s assets as a top-tier research university to build education programs that give workers the opportunity to learn in-demand job skills, from foundational professional skills to those related to cutting-edge technologies.”

The Learning Enterprise has ambitious program development goals. The first type of programs are highly scalable courses that will reach learners across the state, including those already in the workforce. One initial focus for the team is developing a robust portfolio of courses related to professional skills (sometimes termed “soft skills”), such as critical thinking, emotional intelligence and teamwork. These are rarely taught comprehensively in school, but they’re critical across…

The great mismatch: Remote jobs are in demand, but positions are drying up

Trade was a pivot point for the careers of D’Angelo Russell, Andrew Wiggins

Take Five: Everything to play for

Newport semiconductor factory: ‘Losing these jobs would be devastating’

Declining Stock and Solid Fundamentals: Is The Market Wrong…